Our surf school in Hossegor, watermansport surfschool is located opposite the spot in the south of Hossegor, 200m from the beach of La Centrale. However, we can move according to the best waves of the moment. You will find here a list of the beaches of Hossegor on which we can do a good surf course.

Beaches renowned worldwide for the quality of their waves, of course, but also for the purity of the water and its large expanses of sand and wild dunes. The waves have made the reputation of this flagship station in the Landes department. The best surfers on the planet have not been mistaken and the professional surf caravan stops there every year at the beginning of October. The advantage of Hossegor is clearly the wave potential for surfing, a bit like a ski resort. Indeed as the system of difficulty ranking of mountain slopes, and depending on the spots (reference place for surfing), we have waves for beginners as well as for advanced surfers. 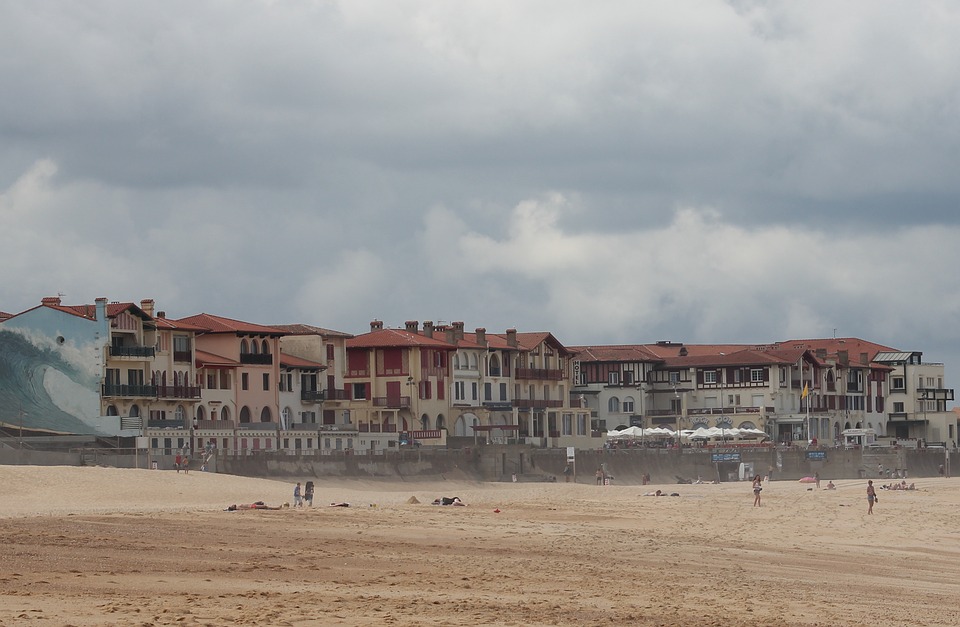 Capbreton and Seignosse are the two municipalities that border Hossegor and we can also travel to some spots depending on the conditions of the moment. The sand that forms the sandbanks for wave breaking is constantly moving, and sometimes the right surfing session is found on the beaches of Capbreton and Seignosse. The main surf spots of the municipality of Hossegor are in order and from south to north: south, central beach, north, gravel pit and dead ends.

Considered as a learning spot, its exposure to the summer swell and sandbanks make it an ideal site for learning. Easily accessible at low tide, beginners can learn the basics quickly and especially with the opportunity to surf real waves very quickly (waves that have not yet broken). The southern spot is also a retreat spot in heavy seas. It is rare not to be able to surf in the south.

The green track therefore most of the time but which can change its appearance by large swell.

Our surf school in Hossegor, watermansport surfschool is located opposite the southern spot.

This spot takes its name from the central beach, at the foot of the Landais d’Hossegor square. Depending on the year, there is a sandbank that operates at low and high tide. The wave can then be either very accessible, even for beginners in surfing, or become very technical with pretty tubes. It is an ideal spot to start being autonomous in the water.

The blue to red track somehow.

Our watermansport surfschool is located about 200 meters from the power station spot. 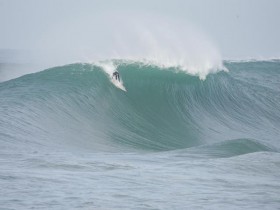 It is a wave of legend that is located off the central beach. This wave starts to work when the swell exceeds two metres. This swell comes to rest on the installed sandbank which, particularity, hardly moves from one winter to the next. The wave thus operates up to five metres, which makes it a reference wave for big waves surfers.

Thierry Krawiec will even cover the emblematic “surf session” magazine, with a vertiginous drop during a winter session.

In summer, since the swells are less present, it is rarer to see it walking to its full potential but the north still wakes up four to five times.  The black run of our beaches in Hossegor, therefore, mainly due to the size of its waves. Our watermansport surfschool is located 200 meters from the north, and it is always a beautiful sight from the club.

This spot, to the north of the power plant, starts with the apparent blockhouse as a landmark and extends to 500 metres to the north. It is a beach that has its own parking lot and its own entrance to the beach. The gravel pit takes its name from the presence of gravel at the foot of a very compact sandbank.

The gravel pit wave is world famous and is most years the spot chosen by the organizers of the French stage of the professional surfing tour. It is a tubular wave, powerful and technical. A wave of magazines. To surf the gravel pit, you must already have acquired a solid foundation in surfing.

Our watermansport surfschool is located about a 5-minute walk through the sand. We sometimes move there in very small swells, because this spot which receives very well the swell always has something to offer.

It is the northernmost beach in Hossegor and bears its name because it is also a naturist beach. Over time, textiles and neoprene have taken over. It is a little wilder beach with excellent surfing conditions in small to medium swells. The large sandy plateaus allow you to have long waves but in return, you have to row, row, row…..

The watermansport surfschool is 8 minutes away by truck.

Others beaches and secrets spots !

We have only mentioned the most famous waves of Hossegor but of course there are many others on the 6km beach. Sometimes with less obvious access and therefore less people in the crowds during the summer period.

The watermansport surfschool instructors know the Hossegor coast and its little secrets perfectly.

Coordinates of this location not found